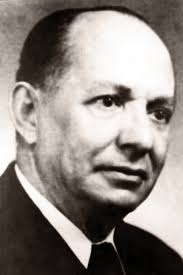 Architect, creator of a vast work of more than half a century, typical of the transition between historicism and avant-garde languages ​​such as art deco and modern movement. He was an early forerunner of what he would know as critical regionalism or attitude in design characterized by the pursuit of formal, spatial, technical, and material values ​​of national architecture. His training as a designer and builder was fundamentally self-taught, until 1942, at 52 years and more than half of his work, which he graduated as an architect: he was the first and only Costa Rican to graduate by correspondence, Issued the International Correspondence Schools, Scranton, Pennsylvania, United States. Three important project moments are distinguished in his work: first, his work as an official of the Ministry of Public Works (now the Ministry of Public Works and Transport) when he designed and built a large number of school buildings in which he used the new construction technique Armed, following architectural languages ​​ranging from neoclassical influence to colonial Hispano, art deco or functionalist rationalism of the modern movement, in a quest to harmonize the cultural base inherited from the past with the richness and vitality of popular culture of his time . A second area of ​​his work as a public official made other important projects with Hispanic colonial influence and declared Costa Rica's historic architectural heritage. The third area of ​​work was in the service of the Catholic Church, for which he built. In recognition of its professional excellence, the College of Architects of Costa Rica presents the National Architecture Award with its name every two years.