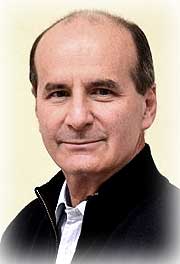 He completed his primary studies at La Lucha School and at the Humboldt School and the high schools at Lincoln College. He graduated in industrial engineering from the West Point Military Academy, and later expanded his studies at Harvard.

In the elections celebrated the 6 of February of 1994, was chosen president of the Republic of Costa Rica.

After his triumph in the elections, Figueres Olsen reiterated his commitments acquired during the electoral campaign to improve the education, health and progress of the country. Thus, during his mandate, the health care program known as The EBAIS (Basic Equipment for Comprehensive Health Care) was designed and developed, which proved to be very effective in improving health indices.

Significant investments were also made in science and technology, telemedicine and environmental conservation programs and strategies, in order to create the basis for advancing towards the information society and sustainable development. This was achieved by attracting high-tech companies such as Intel and many others. It also implemented a plan to reduce the public debt that contemplated the increase of taxes and a policy of privatizations.